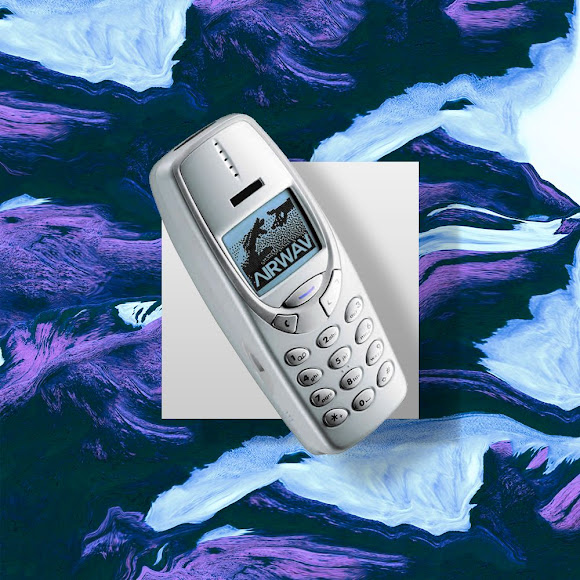 The New York City producer ΛIRWAV is tapping into the pop culture consciousness to inspire his unique version of future trap. He samples from a Drake track in the Billboard top five right now and layers crescendoing synthesizer chords that climax into a soft R&B breakdown.

ΛIRWAV started playing music when he was "2 or 3 years old" and now churns out chopped up remixes in a single sitting, then pastes on retrofuturistic 90s imagery. He's part of Smoothie Tunes, a Brooklyn-based website and music promoter.

I asked ΛIRWAV some questions! Click play on new song and read what he had to say. Some of his favorite tracks are posted at the end.


When did you decide to start ΛIRWAV?

I first started making music about 4 years ago, just with an interest in learning how to make mash-ups. I have been playing instruments all my life though. I decided to start ΛIRWAV during my spring break in 2015.

You play out regularly in New York City. How are the shows?

The shows are awesome man, mine or otherwise. Everyone out here is not only doing what they love, but they're doing it so well, it's amazing to see some of these other artists live. I guess I'd say its an underground electronic scene, if anything.

You incorporate 90s/early internet design into ΛIRWAV's aesthetic. What is it about that era that inspires you?

Just something about how nostalgic and archaic it all is is just aesthetically pleasing to me haha.

You release songs on a fairly regular basis. Can you describe your music production set up and how you create?

Usually when I start a song, I'll finish it in the same day.  I just use my laptop with Logic Pro X, and typically just a midi keyboard.

What individual songs are you loving the most right now?

Some of my favorite songs right now definitely have to be that new KYLE song "Endless Summer Symphony," Carmack & Kehlani's "All In," and pretty much any Chi-Lites song.

THANKS ΛIRWAV! Here are those songs.