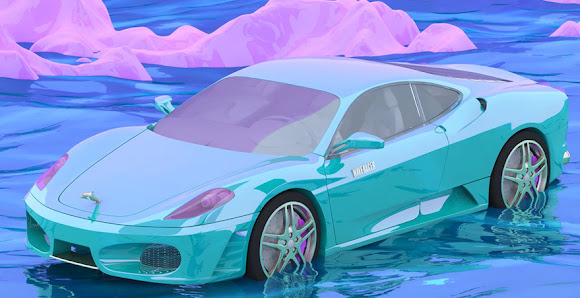 This highly anticipated track is all over my Soundcloud feed and racked up more than 172,000 plays in just four days. Wave Racer space bending retro-futurism fuses 90s imagery and video game tones with digital crystals raining down over a beautifully robotic Barbie-esque vocal from Baby.

Wave Racer is the Australian beat wizard credited with helping to spread the Dofflin. He was one half of Pablo J and the Lobsterettes until the two friends pursued separate projects.

This is his newest track in a long time, a single from his four-track EP due October 16 on Future Classic, the Australian taste-making record label that brought Wave Racer to Austin last year for SXSW. Now Wave Racer is coming back to America! Check out his fall tour dates.