Masterworks Music Brings Back the 80s 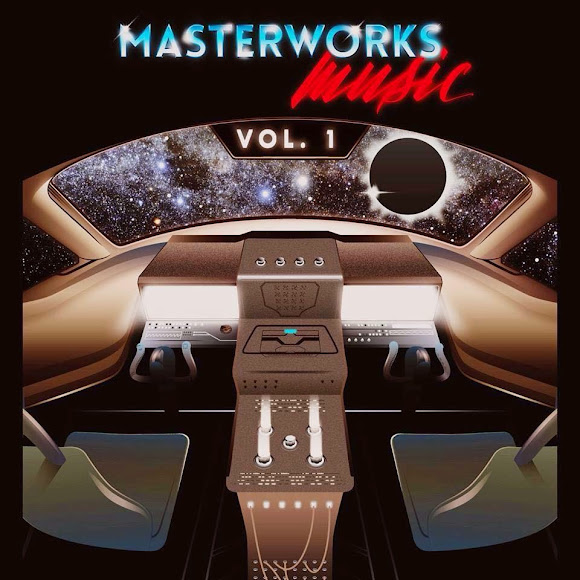 Nu-disco music has inextricable ties to the 1980s, a period when synthesizers became a big part of dance music and pop. Computers started to become more widely available, helping to fuel a new futurism in art and culture. Economic growth made consumers optimistic. Going to the mall became a thing. In short, it was time to party!

That decade is re-visted and re-edited in the vision of 80s Child, a DJ and producer from the rainy UK town of Warrington, not far from Liverpool. He started a new online label called Masterworks Music, releasing edits from producers around the globe who share a love of American post-disco, disco boogie and dance pop of the 80s.

Click play on this DJ mix of Masterworks releases (also a free download) and read what 80s Child had to say.

What made you want to start a record label?

I always intended to start one at some point. I guess now just seemed like the best time. I don’t really get as much time to work on my own stuff at the moment because of my little girl, so i wanted to keep my hand in this way.

I also wanted to have something of my own, a great label with great music and artists, something I can be proud of.

Who are you going to release on your label?

The label is mainly based on disco and 80s reworks as that's my favorite kind of music and most of the artists I’m involved with also tend to do this kinda stuff.

I’m not saying that's all its going to be. I’ve got an EP in the pipeline with an artist called Kiu D who’s done something a little different than usual, so keep an ear out for that one.

How do you go about choosing artists for the release?

I’ve got to know quite a few artists from when I set up my 80s Child page on Soundcloud. Through other labels like Midnight Riot and Retrospective Records, I've also met a few artists who I’ve DJed with.

I know what I’m looking for. They can make them to order or just have a good scope on Soundcloud.

Why do you love 80s boogie and disco, etc?

I’ve always loved 80’s music. Who doesn’t? They just don’t make music like that anymore. In a way, we're just trying to bring it back. You won’t find me listening to pop music. It's all rubbish.

The reworks and edits we all do just make you wanna dance. It makes you smile and just puts you in an all-round good mood. That's what its all about, if you ask me.

To be honest, there's only me and one other guy who I know of who plays this kinda stuff in Warrington. It's only a small town, and the music scene isn’t that great.

Although, there is a great group of lads who run a night called Giraffe, which is great. But I don’t think they tend to play this stuff. Their night is more house music based.

What's the hardest part of starting your own label?

The hardest part, I would say, is making sure you have the right people to master your tracks and to do your artwork. It might cost more, but it’s well worth it in the long run. I’m not really in this for the money anyway. I’ve known some labels that just put the tracks out unmastered, so the songs don’t sound too clever when played out on a big system. You can really tell the difference that way.

I’m no expert either. I’m just starting out as well. The labels I’ve been involved with are top draw, and if i can get anywhere near as good as they are I'll be happy.