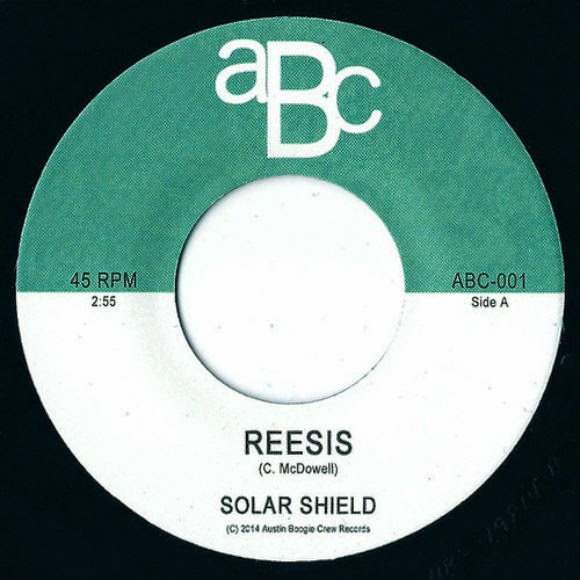 My home of Austin, Texas is often billed as the "Live Music Capital of the World," but almost never does that mean dance music and especially not post-disco or disco boogie. That's why I so excited to come across a brand new record label focused on the genre called Austin Boogie Crew.

Their first release is a 7 inch record featuring two instrumental tracks from Solar Shield. Amazingly authentic retro, the Austin-based producer captures the essence of that early 80s electro-funk sound. You could throw this record on a turntable and tell me its from 1982 and I would believe you immediately. Only 8 bucks! Help support this because we need more disco boogie in Texas.