Love Is In Control 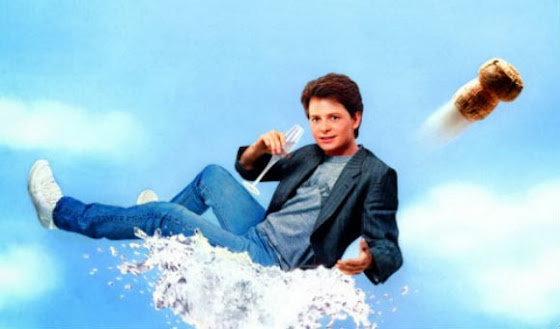 Let's get warmed up this week with a new track from the Oslo producer Fukuyama, who twists some funky 70s-era disco into a bright, energetic disco house track. Winter is arriving in Norway but this track and its heavy bottom end, bright brass explosions and skittering funk guitar will help keep you hot!

Go back to the future with this amazingly awesome 1980s nostalgia! Montreal disco funk duo Chromeo teamed up with Los Angeles' electro disco producers Oliver to produce entirely new instrumentation for Donna Summer's 1982 hit "Love Is In Control (Finger on the Trigger)." The slick production and tight synth bass make this sound like it could be the theme song for Beverly Hills Cop or some other sassy 80s action comedy. An instant hit!

That Chromeo/Oliver song is a tough act to follow, but if anything could match its energy and ecstasy, it would be the bright neon sounds of Sydney's Wave Racer. The disco trap producer just remixed Flight Facilities' newest song by applying his regular dose of sugary arpeggios, brassy synth stabs, and a particularly outstanding soprano flute.

After that adrenaline-addled music from the future, let's get a little more organic with a new edit of Klique's 1983 mega-hit "Try It Out," courtesy of Philadelphia disco disciple Superprince. The track is a post-disco original, with an early synth aesthetic and the funky groove characteristic of disco boogie.

Chaconne from Oxford, Britain unleashed a lush instrumental track that strikes a retro-futuristic mood with rich brassy chords and a poignant melody. Play in your penthouse condo as you peer out over the Miami skyline at sunset. This cinematic theme is all over his new 80s synthpop EP.

This week's mix comes courtesy of Chromeo. Last month, they did a Boiler Room DJ set in New York City. The song selection is amazing. Dave 1 is not a professional DJ, but his little brother A-Trak is there to lend a helping hand. If you can get past the excessive microphone chatter, you will hear that Dave 1 picked out some great tracks, and P-Thugg lays down some sweet talkbox action on top. Worth watching!