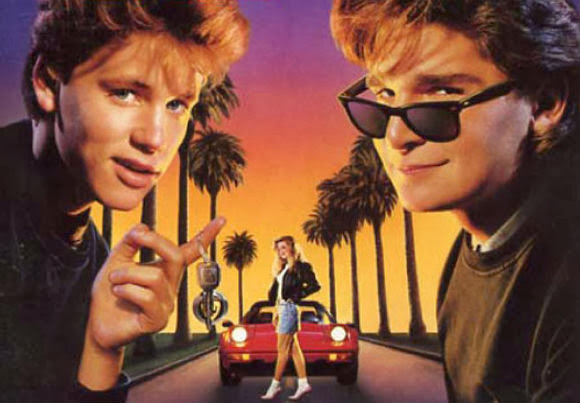 I just finished reading Corey Feldman's riveting autobiography, so I've been in a very 80s mood lately. That's probably why I seized upon "Skyline" by Rain Sword as one of my favorite tracks this week. Dreamy synth melodies and retro FM bells seasoned with sizzling white noise create a cinematic feel to this wistfully nostalgic track. It's off the Newport Beach producer's new EP available as a "name your price" download on Bandcamp.

New York City producers Holy Ghost! blew us away when they performed in Austin this fall. And they have cool hair. The duo is planning a DJ tour in the New Year, and to get us excited about it, they've released this unauthorized remix of uberhot R&B producer Blood Orange.

Dreamy tropical disco is the mood of this track from Brooklyn producer Air Zaïre, who borrows vocals from Nashville singer Patrick Baker. Breezy and carefree like you're sipping a fruit drink on the beach. Take me away!

One of my favorite dance songs of all time is Prince's "I Want to Be Your Lover." The dominant guitar hook is so effervescent, like a bubbling glass of champagne. So I was stoked to hear Oslo producer Bearson inject some additional dance floor intensity into the track with this new edit. I haven't heard an edit of this track this good since this one from 2010.

This week's mix comes courtesy of Paris crate digger Zimmer, who unleashes a barrage of disco, R&B and other themes in this new monthly mix. If you're lucky to be enough in New York City on New Year's Eve, you can catch him between his other sets over the next few weeks in London, Paris and Barcelona. Or put this mix on blast and feel good!