Life Ain't So Bad At All 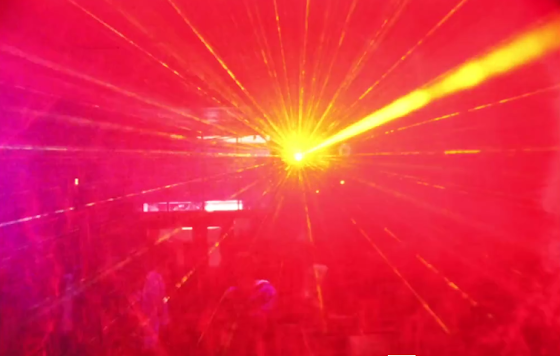 Tonight, we are going to see the New York City disco outfit Holy Ghost! perform at one of my new favorite venues in Austin, Emo's East. We moved near it a few months ago, and it's one of those large warehouse style spaces where you can see the band no matter where you are standing. I'll post photos and videos of the Holy Ghost! show to my Twitter account tonight.

One of my favorite nu-disco songs of all time is Holy Ghost!'s 2009 single "I Will Come Back." And the music video for the track is even better, as it follows a young woman (who I think is famed LCD Soundsystem singer Nancy Whang) as she drudges through the rest of her shift at a pizza shop and ultimately winds up at the disco.

The video is a spin on the New Order video for "Confusion," and even includes the original record producer character, who records the track and brings it into the club to test out with the dancefloor. The remake still sends chills down my spine as it communicates the same life affirming message captured in songs like Michael Jackson's "Off The Wall."

So tonight gotta leave that 9 to 5 up on the shelf and just enjoy yourself.
Groove, let the madness in the music get to you. Life ain't so bad at all.

You know what? Life isn't so bad at all. We are alive and hearing great music. I'm thankful for the opportunity.

So I was exceptionally stoked when Holy Ghost! posted a brand new recording yesterday and made it available for free. It's a cover of....wait for it....Drake's 2013 single "Hold On We're Going Home."

Continuing in the indie disco genre is a fresh track from Chromeo. It's reminiscent of fun 80s new wave pop like you might hear from Oingo Boingo, albeit with fewer horns.

Check out this freshly funkified smooth jam from Cherokee. It is deservedly earning wide praise for the French house duo. This new track is part of a two-sided single coming out November 11 on Roche Musique. Cocktails by the pool, anyone?

While you're drinking by the pool, mix that Cherokee track into this one by Oslo's Lemâitre. It's off his new album released a few weeks ago. Ghosts of Venice remix the original, taking a hypnotic guitar riff and dreamy vocals and whisking us away into the clouds.

Wave Racer is on the fringes of nu-disco, incorporating similar tones but in a frenetic tempo. Here's a new remix he produced for his fellow Sydneyites Panama that is due out October 28 on Future Classic.