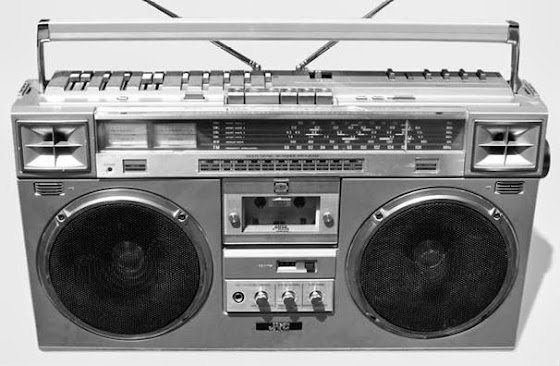 It's a great time to be in Austin, Texas. The Austin City Limits Music Festival is entering its second weekend. When the sun sets, artists head into the downtown clubs to perform aftershows, where there's air conditioning and drinks aren't overpriced. In the past week, we saw Haim and Classixx and didn't have to shell out $225 for an ACL wristband.

This weekend, ACL organizers (the same promoters behind Lollapalooza) plan to stream the concerts live! I picked up a MiniDisplay Port to HDMI adapter on Amazon and we look forward to blasting the shows all weekend on our TV.

So to get us pumped, here's some exciting new disco.

Fresh off his interview with DiscoFilter, the UK electro funk producer Casio Social Club dropped a mashup of one of his new songs with Madonna's 1983 hit "Lucky Star." The two tracks make perfect sense together.

Now if you really want to blast into outer space, check out this latest remix from Finland's nu-disco wunderkind Lenno. This kid started attracting attention a couple years ago at the age of 16, and his production skills have only grown since then. He's part of a high energy genre I refer to as "electro disco," because it includes some of the massive elements of electro house, but all with an eye toward nu-disco sensibilities. Would love to see an instrumental of this track.

Montreal's Robotaki has been slowly releasing songs for free to test them with his fans, and he says he's "hand-picking tracks for a full-fledged release really soon." Can't wait! Stick around with this track till 2 minutes 30 seconds for the introduction of a heart-meltingly beautiful chord progression, the type of bittersweet melody that is part of Robotaki's signature sound.

Vancouver's FM Attack just released a new album called "Deja Vu." It's a 1980s retrofuturistic sound that would be appropriate as the soundtrack to the Breakfast Club or to a night drive speeding down the interstate. The opening song is one of my favorites.

Finally, one of my heroes of the nu-disco genre, a true pioneer of production and music selection is Breakbot. He just performed a Boiler Room Set, and you can stream the whole thing right here. The Soundcloud upload already reached its max 100 downloads, but you can still grab an mp3 of the set on Zippyshare.