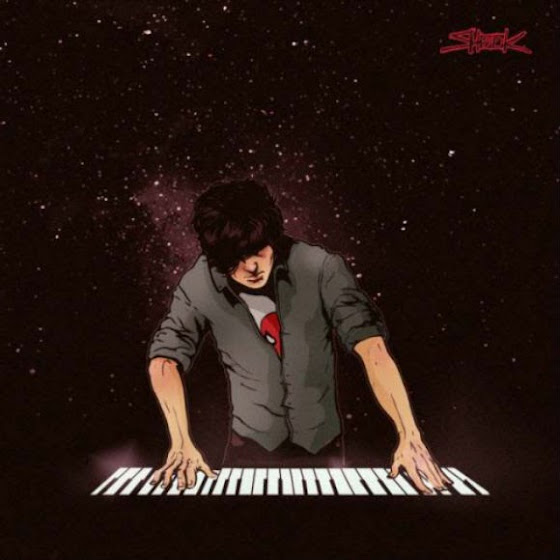 Dutch disco funk producer Shook dropped his first full-length album a couple weeks ago and shot up to the top of the Bandcamp charts. The first 500 people who order the LP on vinyl get a limited edition crystal clear record.

If you live in the U.S., it will run you about $45 for the record ($20) plus shipping ($25). Or listen on iTunes or Spotify. Shook says he will likely tour soon in the United States.

Shook blends vintage disco tones with an intergalactic sensibility. It's much less house-oriented than a lot of nu-disco. Instead it honors the 1970s and 80s while maintaining a subtle sheen of digital modernity.

Email ThisBlogThis!Share to TwitterShare to FacebookShare to Pinterest
Labels: shook