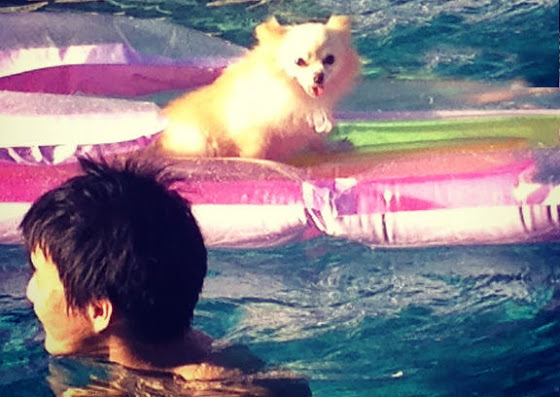 More music through the Disco Filter.

We went to a pool party yesterday, and while getting ready, we were re-listening to Breakbot's 2012 album By Your Side. Some of the tracks on that Paris producer's debut full-length are so bright and summery, they set the perfect mood for uplifting good-times. Here's the opening track on the LP.

In a similar fashion, Goldbass from Upsala, Sweden and Skibblez from Toronto team up to create laid back beach vibes in nu-disco form. Listen carefully, and you'll hear the sound of waves crashing on the shore.

Leeds producer Grum will release a new track "Theme" on Beatport August 26, and it just got a preview spin by Pete Tong. A neon night drive.