Lose Yourself to Dance 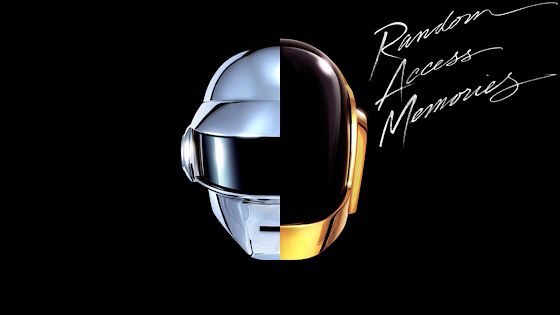 Now that you can stream Daft Punk's highly anticipated new album, there are more than enough reviews and initial thoughts. For every kid who's discovering disco for the first time through the album, there's a grizzled aging hipster who - perhaps disgusted that people are having fun without them - suddenly feels the need to enlighten us with the knowledge that disco isn't new.

When the album is released later this month, it is likely to soar up the Billboard charts, get lots of radio airtime, and become part of the pop culture Zeitgeist of 2013. It will be overplayed, overexposed and oversold. In other words, exactly what you'd expect of a major label money-making machine like Daft Punk. And that can be a beautiful thing!

But I will trying to ignore the noise and just enjoy the music. To me, this record is like a fine wine, subtle and full of familiar characteristics while also introducing something new. And it will improve with age.

"Random Access Memories" fits perfectly on the grand historical arch of disco genre. At a moment when dance music had become about as synthetic and computerized as its ever been (see "EDM"), Daft Punk is resuscitating the type of organic instrumentation that helped to fuel the first pre-disco loft parties in 1970s Manhattan.