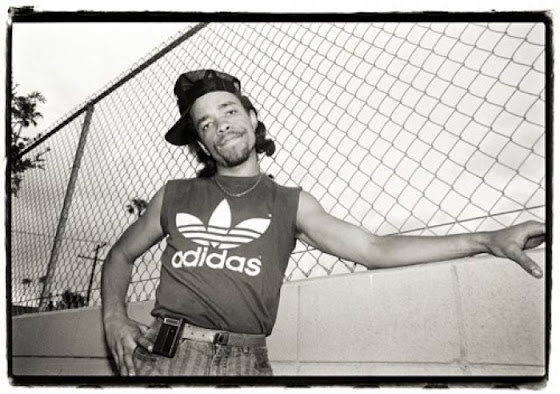 There is something magical about lifting a few seconds from a classic rap acapella and using it as the basis for a stripped-down disco track. I know producers have been doing this forever, and rap and disco have been inextricably linked at least since DJ Hollywood would shout to the party over his NYC disco sets.

But when Adam Sharpe samples Ice-T's badass 1988 single "I'm Your Pusher" for this dark nightlife beat, it just feels right. Sharpe's subtle analog synth line and restrained percussion coupled with a pitch shifted, "Yo! It's time for me to pump up the volume," sets it off! Less is so much more.

The Doncaster, UK producer and DJ released the track on Beatport as part of an EP on Funk Pony Records. He also just published a nu-disco/deep house podcast on Mixcloud.
at 8:47:00 AM