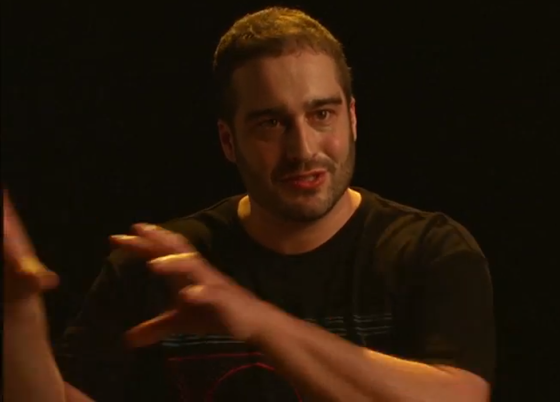 The latest installment of the Collaborators series highlighting artists who worked on the forthcoming Daft Punk album turns its focus on Todd Edwards, the New Jersey artist who shoved his entire studio into a moving can and drove to Los Angeles for a chance to work with dance music's favorite androids.

"It's been very difficult to harbor this secret, and I'm waiting for this album to intoxicate and infect everyone, so I'm not making music in a sterile world anymore," Edwards says in the video. "I think younger producers are going to be blown away by what they're hearing."


In other Daft Punk news, the robotic duo has announced it will launch its album Friday, May 17 at an agricultural festival in Australia. Tickets are already hitting eBay, according to Stoney Roads.
at 9:46:00 AM