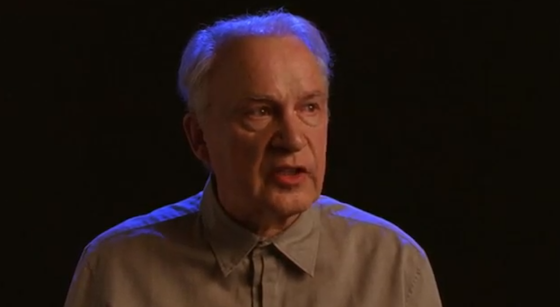 When Giorgio Moroder produced "I Feel Love" with Donna Summer in 1977, it became the first majorly successful disco track to make use of synthesizers, and has been considered a milestone in the history of dance music.

"I didn't think it was that important in the electronic music world," Moroder says in this amazing new video by Vice's The Creators Project. "And I find that more and more people are saying I Feel Love is the song that revolutionized electronic dance music. "

Now, Moroder is back on the scene and has helped to producing the wildly anticipated new Daft Punk album Random Access Memories, due out May 21. In the video, Moroder explains how he got into using synthesizers and discusses working with Daft Punk.

"They are perfectionists. I remember I would try to find a sound on the vocoder and it would take me maybe 20 minutes, maybe an hour," he says. "They told me it took them a week or so only to find the sound, and then I don't know how many days to do the vocals."