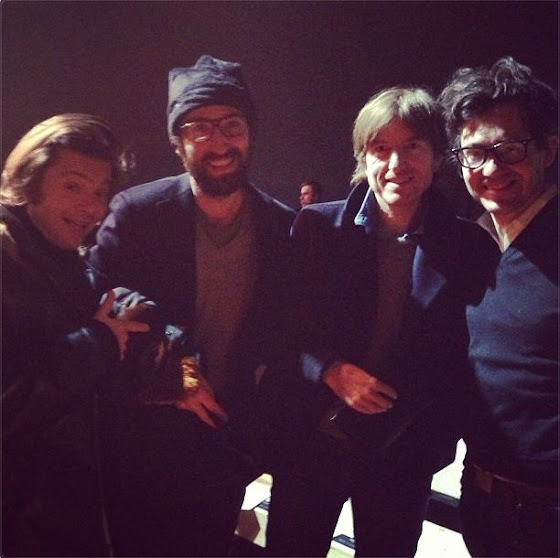 After Daft Punk ran a 15 second teaser for their new album over the weekend during NBC's Saturday Night Live, they are now pulling back the veil a little further on their highly hyped upcoming release. We are starting to shake with excitement, but we are also not sure how much more of this teasing we can take before we are forced to ignore it for our own health and sanity.

Or is this a hoax?

In this 91 second clip, posted yesterday on the "official Daft Punk Soundcloud account" (which has almost 15,000 followers, but itself only follows Italo-disco producer legend Giorgio Moroder), the godfathers of nu-disco play out the SNL clip a little bit longer. When the hell is this album coming out again?

Interestingly, the post included a photograph of them without their masks on that was "taken at Columbia Records," according the Soundcloud description. Also in the picture is Phoenix guitarist Laurent Brancowitz. Does he play on the album? We already know they're friends.

Could Daft Punk be planning a return to their human selves? Probably not. But still, check out this video from the 90s of a Daft Punk performance that pre-dates their robot personas.