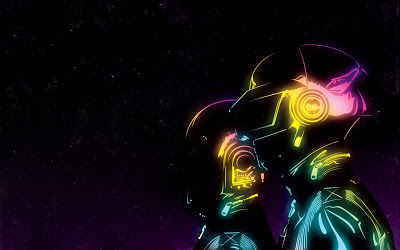 The godfathers of nu-disco -- French musicians Guy-Manuel de Homem-Christo and Thomas Bangalter -- will be releasing a new album in the spring, according to a report in the French newspaper Le Parisien. The newspaper says Daft Punk will release the album on Sony, a major shift considering their last three albums were published through EMI. Le Parisien says the robotic duo is in the final stages of completing the contract in the United States.

Not much information about this album is out there, except that it will be produced by Nile Rodgers, the legendary producer and frontman of Chic. The inclusion of Rodgers suggests Daft Punk's new album will include hits focused on pop structures and avoid the largely atmospheric feel of their most recent album, the Tron: Legacy soundtrack. But will this new album top 2001's "Discovery"? That will be a very difficult feat.