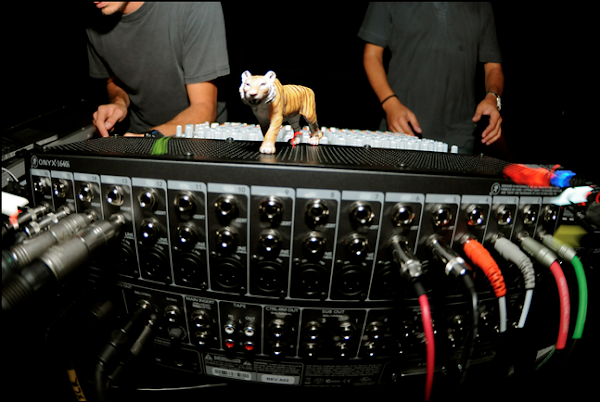 A good remix should stand entirely on its own and be relevent without you having to make the psychic connection to the original. When I first heard this track by the enigmatic Tiger & Woods -- a DJ duo who keeps their real identities secret -- I had no idea it was a flip of one of my favorite songs this year, the breezy and carefree "Standup" by Germany's Pitchben.

You have to respect Tiger & Woods for adopting the 1970s disco producer's framework of putting their music in the limelight and keeping their personalities in the shadows, which back then was a subversion of egomaniacal rock 'n' roll machismo.

"Everything is so overexposed, accessible and easy to get," they told the San Francisco Examiner in March. "For once, we wanted to do something -- like back in the days -- where people just guessed over a record, a name or a project. We wanted to let people focus on music rather than profile pictures!"

Email ThisBlogThis!Share to TwitterShare to FacebookShare to Pinterest
Labels: pitchben, tiger and woods