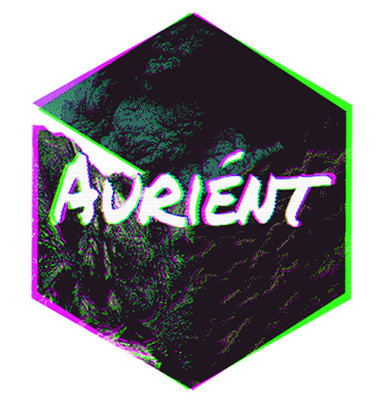 Alongside posts about successful disco kingpins, we strive to highlight the very freshest artists here at Disco Filter, and that includes new producers who are on the cusp of blowing up.

Los Angeles-based 19-year-old Daniel Garner has been churning out choppy, funky and interesting dance music tracks as Auriént for the past few months. He has a debut album coming out soon on the Swedish record label van Drumpt and he was kind enough to answer a few of our questions for him via email.

Click play on this blazing new track he released nine days ago and check out our interview.

Where do you live and what is your age? What do you do for a living?

I moved to Venice, California a few months ago. I am 19 and I am an apprentice in a recording studio in Santa Monica. This studio is my future job.

Where did the name Auriént come from?

I wanted to create a word that looked hip in a cheezy videogame-ish font. It's a combination of words I suppose! Aura, Aural, orient. The "é" is just for looks.

How long have you been producing music?

I've been fiddling with Logic Pro for over four years now, but only making decent music within the last year or so.

What got you into this particular choppy, funky dance music genre? And who are some of your favorite artists?

In 2007 I was introduced to Daft Punk and Justice. That stuff sold it for me. People who inspire my work the most are Shadow Dancer, Lemâitre, L'Étranger, Uppermost, SebastiAn (and the whole Ed Banger family), Siriusmo, Ratatat, Boys Noize, Com Truise, DANGER, Kavinsky, Phonat, and this guy Francophilippe, who's got a really sweet vibe going.

What is your production workflow?

I currently arrange and mix in Logic 9, but that may switch to ProTools 10 soon. All the sample work/drums are sequenced in Logic's Ultrabeat Drum Synth. I use the TAL-Bitcrusher, a lot of the Waves bundle, Arturia's Minimoog, Zebra by u-he, all the Native Instruments stuff, Sonalksis' Grimebox. I also use SynPlant and BitSpeak by Sonic Charge. I currently use no hardware at all, just my MOTU firewire interface and a midi keyboard!

You have an album coming out soon. What can you tell us about it?

This first album is my attempt to represent my overall taste in dance music. Auriént will always have a gameboyish, "80's" aesthetic, but I aim to not get too cheezy and fuzzy...to retain that crispy and lovely modern touch that we all enjoy so much. The album will be at least 45 minutes long and it will be released with my first signing, van Drumpt based in Stockholm.

How important is the internet to promote your music?

Internet IS music these days. I was discovered on soundcloud by Magnus (van Drumpt founder/owner) about nine months ago, I believe. I think for electro, Soundcloud is on top. As for Twitter, I dont tweet much but when I do, it's for Auriént. Facebook is probably the most "active" medium through which fans are obtained.

Do you plan to perform any shows?

I would love to play live. I haven't had a single paying gig thus far, but I play house parties for friends fairly often. Right now, my live set is just Serato and Novation's Twitch controller (which I LOVE). In the future I see myself having a hefty Ableton set prepared for the strict "Auriént" sets, and using the newest CDJs for DJ sets. I should be starting to play around LA in 2013.

What do you do for fun in the LA area?

As I have just moved here, I don't have many friends my age. Most of my time is spent working in the studio or working on my tracks in my apartment.  Occasionally I'll hit the Venice boardwalk and soak up some sun and marijuana :) I need like-minded friends! Your readers should email me to hang out hahah.

I havent seen many local shows since I've moved here. I go to big rave events when they come close. Mainly to see/hear the mainstream live scene and take what knowledge I can from it, but also those sound rigs are just plain FUN! I saw Pretty Lights at Nocturnal this year and I was quite impressed with his set. That show definitely inspired me to work on some new downtempo/throwback hip hop tracks for Auriént.

Watch for more from Auriént on his Facebook and Soundcloud profiles.
at 7:12:00 PM