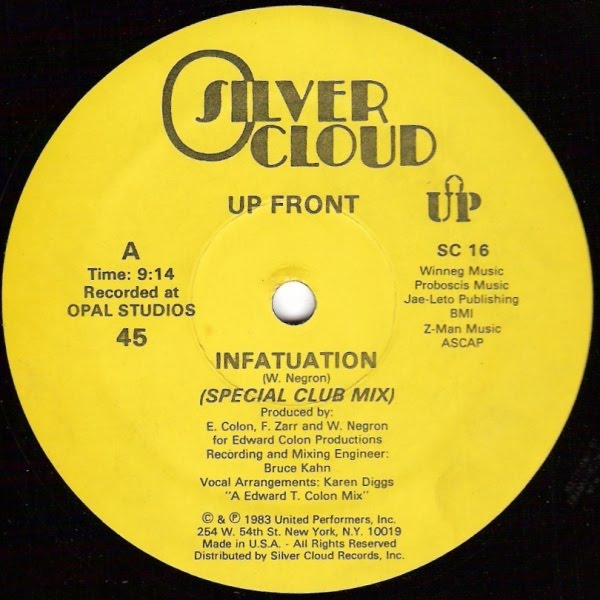 Infatuation by the 1980s New York City band Up Front is one of those seminal works of the post-disco era that seems to pop up on compilations all over the place. Ilya Santana -- who hails from the gorgeous Spanish coastal city of Las Palmas -- got his hands on it and created an instrumental edit of the psychedelic synth heavy track, which he released over the weekend.
Ilya Santa has a huge back catalog of releases, including some on Disco Filter favorite Eskimo Recordings, so if you like this edit, I urge you to check out some of his other material, including his disco DJ sets!
at 7:02:00 PM