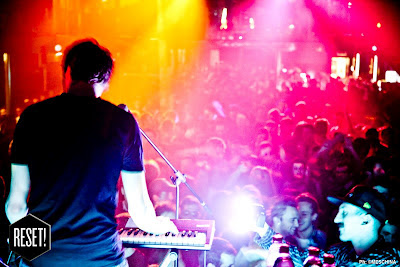 Sometimes you love a song so much you have to hear it again and again until you get sick of it. It happens to Lorenz Rhode. His favorite dance music track of all time is Rubicon by Fred Falke and Alan Braxe, but in an interview with Blouse he said he hadn't listened to it in over a year.

Well, that's about how long it's been since I heard the Lorenz Rhode's remix of Strip Steve's Breakin' on Boys Noize Records. When it came out in 2010, it was the funkiest stuff I had heard at the time. It is oozing with 80s post-disco awesomeness, mainly in the form of a thick and funky Moog-esque bass line. But I over listened to it and had to shelve it.

Then yesterday, I noticed a few people I follow on SoundCloud recently favorited this and I just threw it on and damn it still kicks!

By the way, Lorenz Rhode has been posting his five favorite tracks of the last decade to his Facebook profile in honor of French disco house record label Kitsuné's 10th anniversary. Some gems in there!
at 10:26:00 AM