Pablo J & The Lobsterettes - The Year of the Lobster 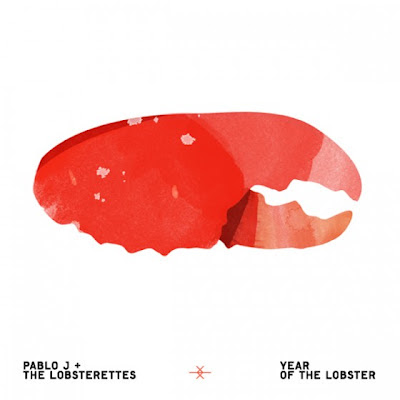 I'm on the first day of a week-long vacation and this is exactly the kind of thing I needed to discover: a fresh discovery of an entire self-released EP that is brimming with bright, soulful disco energy.

Melbourne's Pablo J & The Lobsterettes produce re-edited disco classics in the chopped and funky style beloved to this humble music blog, and they deliver them in perfectly portioned two- to three-minute lengths.

Maybe it's from my old punk rock days, but I've always felt that two- to three-minutes is the perfect song length. That's how long the first rock 'n' roll singles were around the dawn of music radio (partly due to the physical restrictions of the 45 RPM, 7 inch record), and it's about how long I'll play a song in a mix before moving to the next track. There's just an excitement in the brevity that leaves you wanting more, as opposed to songs that span five, six, seven or eight minutes -- a lot of time to ask for in this digital age when there is so much to take in.

Email ThisBlogThis!Share to TwitterShare to FacebookShare to Pinterest
Labels: Pablo J and The Lobsterettes