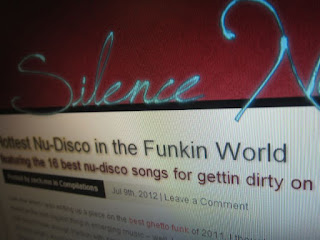 The music blog SilenceNoGood.net posted what it declared to be the "16 best nu-disco songs for gettin dirty on the dance floor." It's compilation of tracks from the past few years, including some of my favorite artists like Moon Boots, Gigamesh and Miami Horror. A few of these tracks speak to me personally, but I tend to be rather picky in my music selection.

We'll forgive SNG for the Disco Stu reference, a Simpsons character who represents what I consider to be the whitewashed, commercial orchestral disco of the late-1970s. The tracks are much, much better than that. So go ahead and take a listen to their selection and see how you feel! If you like nu-disco, you'll probably find something you like.
at 12:38:00 PM