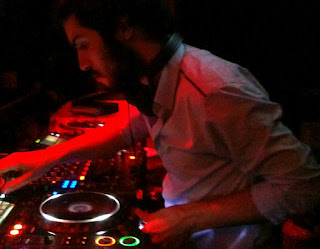 One of my favorite sounds of the post-disco era is the snare on the Linn LM-1, a drum machine that hit the market in 1980 and was the first to use digital samples of a real drum kit. These days, you can grab samples of the LM-1 for free on the internet, but back then, it cost $5,000, making it accessible only to the wealthiest musicians.

Many nu-disco producers including Louis La Roche use Linn sounds extensively, and I have to say it was the first thing that stood out to me on this fresh remix by the 20-year-old Parisian producer Le Crayon. I can't guarantee he is using an LM-1 sample, but it sure has that sound to it.

The whole remix oozes disco funk with staccato guitar rhythms, a dual Moog/slap bass line, and funky analog synth riffs. It's a beauty of a remix, and even though it was released on Kitsune less than two weeks ago, it's already making into the DJ sets of on disco house giants like Treasure Fingers.