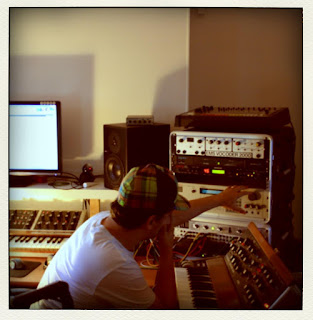 The unsigned French producer Daze - from the northern city of Rouen - released his Foundations EP in May, but the one track that has stood out to me is the last one on the album: Victory. The song starts with a restrained introduction and then blasts into full dancefloor force about 15 seconds in with explosive snares and a sinewy tremolo lead.


Daze calls himself nu-funk, but my favorite forms of nu-disco, including this one, might better be classified as nu-post-disco. Much of contemporary revitalization of the disco genre has been focused on the stripped down, synth-driven disco-style that emerged in the early 80s, after the commercial failure of mainstream disco music, with its ostentatious costumes and its domination of pop.

Daze has more tracks coming soon, including an EP of remixes of the first song on Foundations, New York 1984.